Background to the Award for Public Information 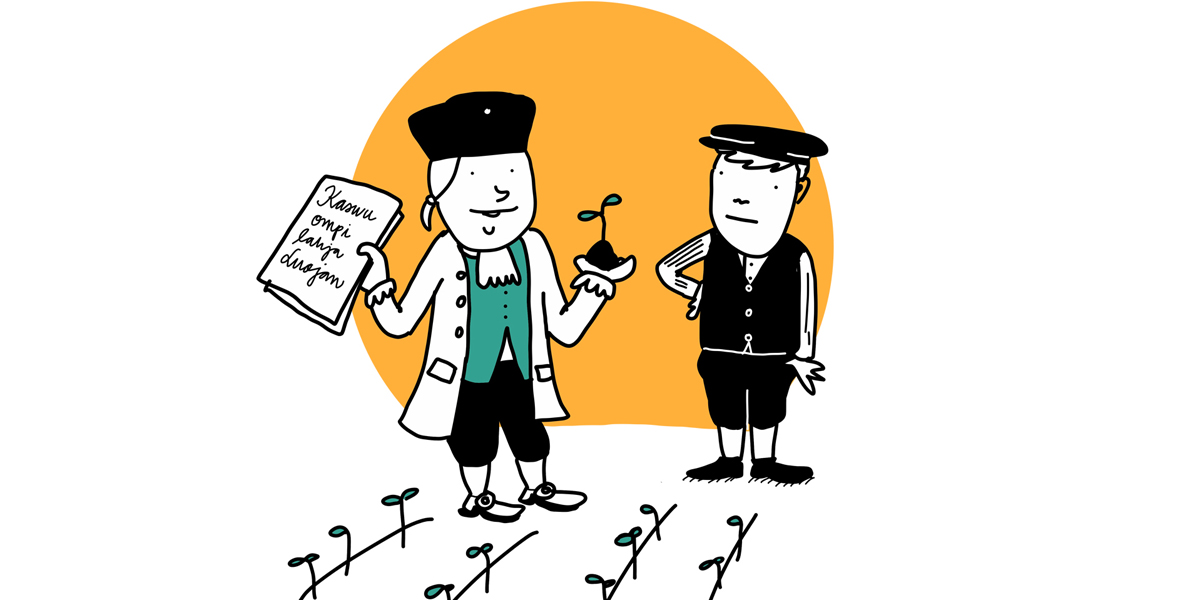 The roots of the State Award for Public Information stretch back to 1865, when the Senate decided to grant Finland’s first state awards. At the initiative of Senator J. V. Snellman, the decision was taken to grant three literary awards: non-fiction, fiction and popular publications.

The Senate considered granting the award for popular works to Zacharias Topelius’ Book of Nature (Luonnonkirja) or Matthias Putkonen’s Christian Teachings for the Dear People of Finland (Kristillinen siveyden oppi rakkaalle Suomen kansalle), but it was unable to decide between them so no award was granted. This form of literary award was forgotten for over a hundred years.

The first state award for public information activities was granted in 1968. In the 1960s, the state award system was reinvented and new awards were created, one of which was the State Award for Public Information. Initially, nominations were made by an awards committee set up by the Ministry but, in 1972, this responsibility was delegated to the newly established Committee for Public Information.

The number of public information awards granted each year has varied between four in the initial years and 10–13 in the peak years of the 1970s and 1980s. In the 2000s, the number of awards settled at a stable eight, at least one of which is usually granted to acknowledge lifetime achievement that is considered particularly significant.

HISTORY OF THE AWARD SYSTEM

As Sweden emerged as a major European power, it set out to demonstrate its status by showing favour to the sciences and arts in the same way as other great nations. The spirit of the era was also reflected in Finland when the Royal Academy of Turku – the kingdom’s third university and Finland’s first – was established in Turku in 1640.

State awards were considered important in the 18th century: alongside recognition, they encouraged projects that would benefit the state and society. The most important types of award were ennoblement, honorary titles and badges of honour. Charitable associations began issuing medals and awards, including the Royal Swedish Academy of Sciences, which was established in 1739. The Finnish Housekeeping Society was established in 1797 and began issuing medals and awards at the turn of the century.

In the first half of the 19th century, science was primarily supported by developing the operations of the university, which had been transferred to Helsinki. From 1839 onwards, the Senate began allocating funds to the Finnish Society of Sciences and Letters, founded in the previous year.

In 1865, the Senate decided to grant Finland’s first state awards. At the initiative of Senator J. V. Snellman, the decision was taken to grant three literary awards: non-fiction, fiction and popular publications.

Following heated literary debate, the award for fiction was granted to Aleksis Kivi’s Heath Cobblers (Nummisuutarit), and the non-fiction award was granted to Hans Wilhelm Rothsten’s Latin–Finnish Dictionary. The Senate was unable to select a recipient for the award for popular works. No award was granted, and this form of literary award was forgotten for over a hundred years. Only a few state literary awards were granted in the 19th century, and it was not until 1897 that the Senate approved the awards as a permanent activity.

Since the 1860s, state awards have also been issued for the visual arts and, in music, the state award for composers has been issued since 1898. The first such award went to Jean Sibelius.

By the time Finland became independent, the state’s awards for authors, visual artists and composers had solidified their positions, and the Ministry of Education was given responsibility for issuing these awards. At the initiative of Senator E. N. Setälä, committees for the arts were established in 1918 and given responsibility for nominating state prizes to the Ministry. In addition to the committees for literature, music and visual arts, a drama committee was established for theatre, and an architectural committee was set up for architecture.

The state administration for the sciences and arts was reformed after the Second World War, and new state prizes for visual arts and photographic art were established at the beginning of the 1960s. In the 1960s, seven art committees were given responsibility for issuing or nominating state awards for the arts, and the central committee for the arts was established in 1968 as the central body for these activities. New state awards were also founded in the 1960s, including the State Award for Public Information, which has been granted since 1968.

In 1993, the Ministry of Education began issuing journalists’ awards, and the Finnish Science Award has been issued since 1997.

In 2000, the decision was taken to establish the Millennium Prize with the aim of gaining international recognition for Finnish science and technology. The first Millennium Prize was awarded in 2004 to Sir Tim Berners-Lee, the British developer of the world-wide web.